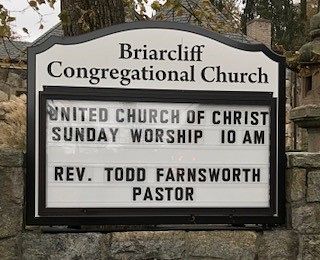 The church sign on Pleasantville Road has been in use since the early 1980s when it was given by the Nicol family in memory of John Nicol, a long-time member of the church. The 30 year old signs were replaced in the spring of 2016 with donations from the Nichol family and BCC’s Women’s Society. 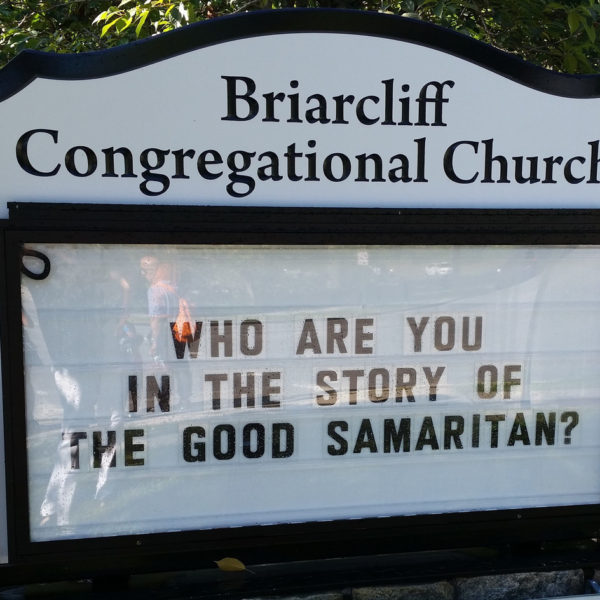 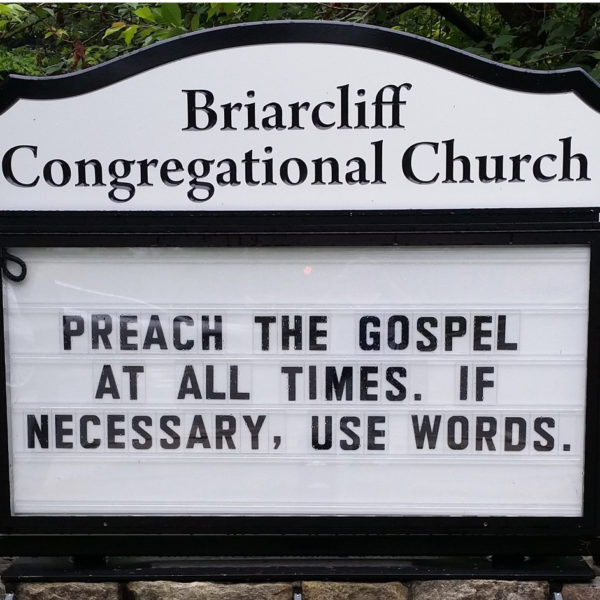 Various people have been in charge of the signs over the years and each has done it in their own unique way.

Since 2011, Joan Austin has been the sign lady. She sees the sign as a way to make the public aware of events at the church and to share various interesting and/or amusing thoughts, religious and otherwise, with the public. A former history teacher, Mrs. Austin frequently reminds those passing by of historical anniversaries such as the 800th Anniversary of the Magna Carta. The sign posted after the attacks in Paris in the fall of 2015 quoted Thomas Jefferson’s statement that “All men have two countries, their own and France.”  In recent times, the signs have been posted on Facebook. During the 2015 World Series, the sign that read, “God doesn’t take sides. The sign lady does. Let’s go Mets!”  was passed around from coast to coast.

While placing the letters on the sign can be challenging in inclement weather, it has its rewards.  Pedestrians often stop to say how much they enjoy the sign. On one occasion, a friend commented that the sign reading “Hope is a better companion than fear” helped her find her way through a difficult period in her life. 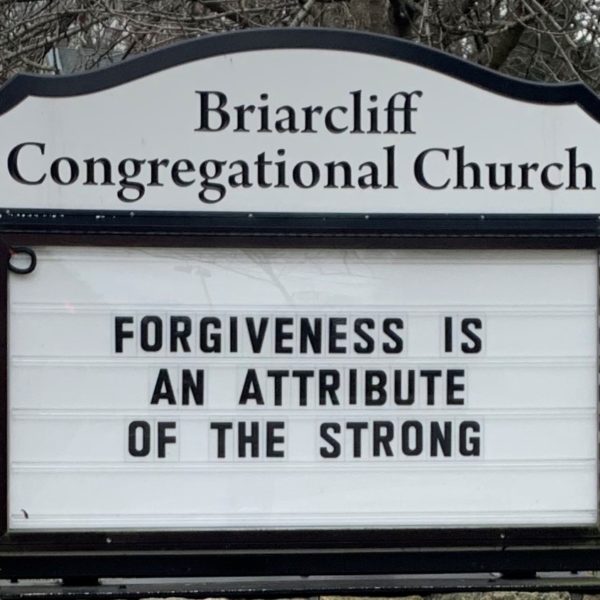